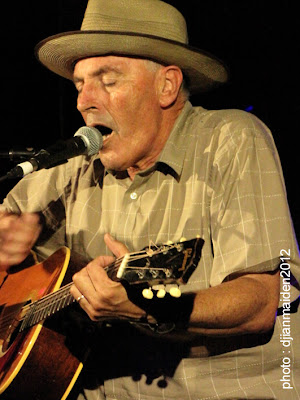 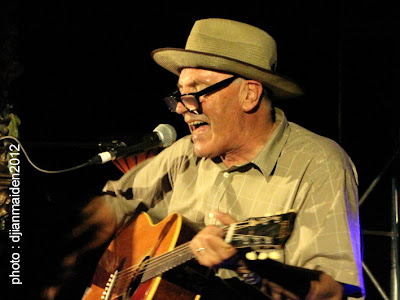 Everyone occasionally has a bad day at the office. You missed your alarm or the bus, there's no milk for your coffee, the meeting you rushed in for is cancelled.

Stephen Cummings is having a bad day at the office. Except it's night time and the office is the Idolize. He thanks us for coming to his "..annual trip to .. and maybe my last." The audience are veterans of his 30+ year career and have come with a hunger for older songs from his time as front man for the terrifically good The Sports and an interest in the new. Tonight it's just Stephen and his guitar and things get off to a good start with Fell From a Great Height, originally a duet with Toni Childs released in 1994. He is sounding great and the song is excellent. Skeleton Key, from 2001, is followed by a quite long, rambling, complicated and not fantastically funny joke about dead church bell ringers and . It is the first sign that things may be going astray tonight. Throughout the set he berates himself for forgetting chord changes and lyrics, and apologises to the audience repeatedly. "I'm having a shit night, I'm sorry.". A number of times he reaches a point of a song where he swears and rather than picking up at the trouble spot, he starts the whole song over. It's a shame because the entire audience is on his side and his choice of solo material is a treat for long time fans with songs The Lost Girl and Blue Hour getting a much appreciated airing.

Inevitably somebody yells out Boys What Did The Detectives Say, The Sports breakthrough single from 1978. Cummings bangs through a terrific version of it with great confidence. She Set Fire To The House from the Lovetown album also has some problems. A couple of times he uses a machine that makes a rhythmic thud track to play along with, but he seems unhappy with it and has trouble making it do what he wants it to do. At one point he says "I'm going to sit up here til I get one of these songs fucking right!".

He debuts two songs off the forthcoming new album Reverse Psychology and both of them (Stupidity and All Day) demonstrate he still has the goods as a singer/songwriter. By now it's 11 o'clock and I am hyper aware that these Fringe venues in the Garden have pretty tight turn around times and shows that are queued up back to back. But he starts playing Strangers on a Train, another great Sports classic, so I'm not complaining. This too is a victim of the thud box, and half way through he aborts it and starts over with just the guitar. I'm becoming aware that the Idolize staff are now trying to get his attention, sending people down front to try and catch him between songs. There's a flashlight from the back of the room and at one point they turn the house lights up. However Stephen is concentrating and misses all of these hints that it might be time to wrap things up. The audience is mostly unaware of this because he is playing Sports classics like Suspicious Minds, and an aborted How Come. When that one crashes into a heap someone down front says "Okay Stephen one more Who Listens to the Radio", and he happily complies.

It was a far from perfect gig, but everybody is entitled to a bad day at the office. I hope we see you again next year Mr Cummings.

Posted by DJIANMAIDEN at 9:07 PM